the SharkGuardian / eShark.org project for monitoring and reporting shark populations in Thailand is again a community based project. Sharkguardian is calling out to all local divers and dive shops in Thailand that during the 2013/2014 high season they report their sightings and also their NON-sightings.
With a high season of reports SharkGuardian and eShark want to get a detailed report on the populations and to use the data for coming marine management initiatives, as Shark Sanctuaries

Snippy's Snaps Diving will be providing its data in that period via the SharkGuardian divelog form.

Quoting the website: "iSeahorse is a tool for seahorse science and conservation iSeahorse harnesses the power of ‘citizen scientists’ — anyone, anywhere in the world who sees a seahorse in the wild — to improve our understanding of these animals and protect them from overfishing and other threats."

Snippy's Snaps Diving has a profile on their website and is actively contributing with his sightings and pictures.

Leopard shark incl spots
As of August 2013 a community-based project has been started by the University of Queensland, Australia to start to recognize, count and monitor the Leopard shark population in the Thai waters. This project is run by Christine Dudgeon. Sharks are among her field specialty and she has ran a project 'Spot the leopard Shark' in Australia already and research their population ecology.
Now after 3 yrs of monitoring the population there, a project together with the support of Thai local organisation is started to see why what is believed is a decline in leopard shark sightings and which leopards are seen where.

Snippy's Snaps Diving is actively supporting this project via providing his images of leopard sharks and creating additional publicity for the project via media. By that trying to get more people to contribute to the project.
we hope that the project will give a good insight on the population and maybe, if needed, can help in protecting these beautiful and friendly sharks.
For more info check out the website:  Spot the leopard shark - thailand  or follow (AND contribute) via the Facebook page.

For years Lars, a Danish national, has monitored, counted and recognized blacktip Reefsharks out of a personal interest. By coincidence Snippy's Snaps Diving found the website and got in contact with Lars.
As of that moment a relationship got established and Snippy's Snaps Diving and Moskito Diving starting to actively contribute to this project.
the activities for this project consists of monitoring, registering all shark sightings. and taken pictures of Sharks for registration and identification.

sightings are done during all diving activities or via special snorkeltrips to Phi Phi Don - Shark Point / Hin Phae.  You can follow this monitoring via the website Orientalsea.com
Blacktip sharks get named when they have multiple sightings in different years.  At this moment (sept. 2013)  Snippy's Snaps Diving has named 2 Blacktip sharks that have been sighted by Snippy and others in multiple years.
You can find the names and pictures on the project pages or on the Snippy's Snaps Diving Facebook Page 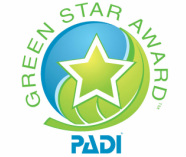 Initiated on becoming a PADI Green Star Dive Centre.
After completing form and complying with the requirements – received the award and become the Green Star Consultant. With initiating additional events in relation to Conservation and Protection of the underwater world​ 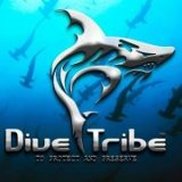 As becoming Green and environmental aware is getting more and more important as a company and out of personal interest. Created and maintained a far going partnership with DiveTribe.
As the main contact for Aquanauts I participated in/organized many of their activities like:

﻿Organized this day together with other instructor at Aquanauts. Organization of the day consisted out of arranging cleanup materials, selecting Divesite, acquiring Project Aware Material.
During this day we performed an underwater and a beach cleanup at Shark Point on Koh Larn in Pattaya. The information collected was documented and updated in the Project Aware Database for Debris.​

Participated in the day organized by Aquanauts Dive Center, Pattaya, Thailand.
During this day we performed an underwater and a beach cleanup at Saxophone bay on Koh Larn in Pattaya.​
Aangestuurd door